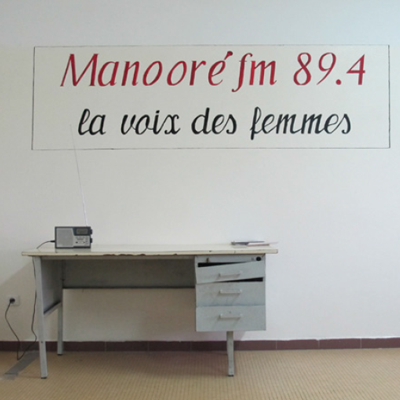 Radio art, 27’46”
Participatory radio performance (stereo), also adaptable to an acousmatic live performance
Realized during the residency at the art center Ker-Thiossane (Dakar, SN, 2013), during the “Art’s Birthday” organized by the Belgian public radio RTBF (Brussels, 2014) and performed at STUK in the frame of the festival Artefact, curated by Hicham Khalidi (2015).

“Skin Voice” is an interactive performance based on a single instruction: listeners are invited to call the radio studio and imagine the person behind the voice peaking to them, on air.
How does the audience imagine her/his nose? Her/his eyes? How do listeners’ voices build her/his body and personality? How many and which kind of information can a voice convey?