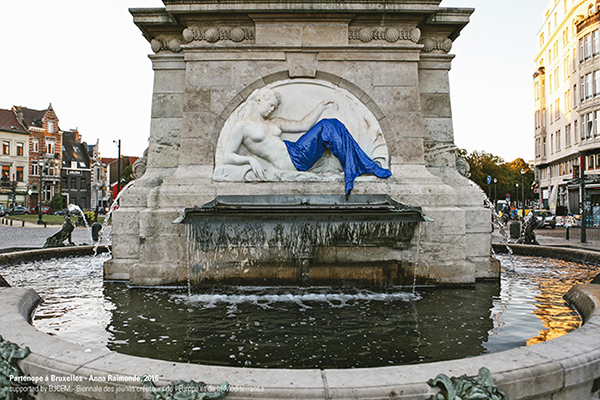 In Brussels’ centre, the Anspach Fountain testifies the covering of the river Senne in 1867. The river is personified with the traits of a woman constrained by the space of the vaulted arch. Anna Raimondo imagines a scenario to «liberate» this female figure from the setting imposed on it. She gives it a mermaid’s tail in order to create a new possible scenario. The figure of the mermaid takes on a liberating role and symbolises new horizons, those of another world or another possible reality.
The intervention in the public space has been documented with photos and it has been formalized trough a postcard available for the public.