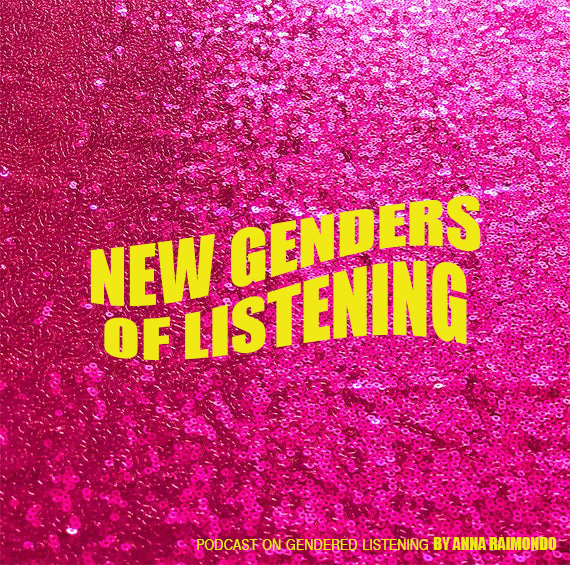 As part of her ongoing exploration of “gendered listening” as a feminist tool, Anna Raimondo interviews Brazilian sound artist, performer and composer Mariana Carvalho. In her practice, Carvalho uses her own body as a filter, as a musical tool that acts as a membrane between her internal perceptions and what she shares with a public. By referring particularly to he work Me alimento de voces in which she asks people to sing into her mouth, she deals with the possibility of feeding herself on voices and otherness (voces in Spanish means “voices”, você in Portuguese means “You”).

New genders of listening #3 – Feminine sounds and what they do. In conversation with Erin Gee.
As part of her ongoing exploration of “gendered listening” as a feminist tool, Anna Raimondo interviews Canadian sound artist, performer and composer Erin Gee. By articulating materialist feminist strategies around digital tools through the use of her voice and body, Erin Gee re-apropriates and combines supposedly “masculine” tools with a hyper-feminine aesthetic. As part of an ongoing research into ASMR, Gee explores different languages for encouraging intimacy with the audience.