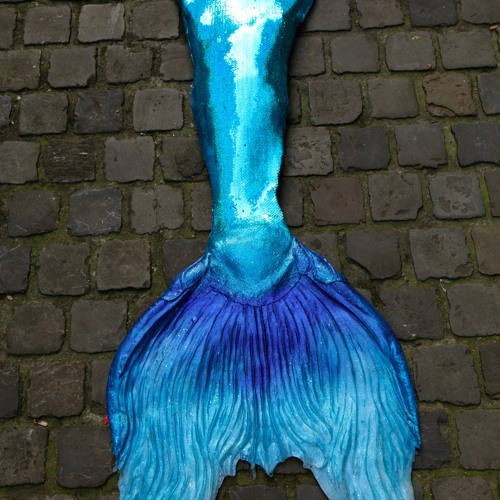 A mermaid is a mystery. A mystery, which crosses different universes and registers. Half bird or half fish? Femmes fatales or a simple and innocent beautiful girl? Prophet or destroyer? Becoming woman, waves, becoming mermaid, “A Mermaid Is On Air” is a sonic trip trough these universes, where the voice, the subjectivity and the process of the perception of listening are central to explore them. In the live performance and in the 5.1 audiovisual installation, the original radio work is augmented with images showing the process of the manipulation of objects made by the foley artist Céline Bernard, transposing in so doing the sound of the sea.
The work explores the mysterious universe of the waves, while the mermaid evokes here the potential of electromagnetic waves in her possibility to cross the air, the water and the earth. Playing on different levels, the work deconstructs the myth of the mermaid, mixing different legends and stereotypes about its figure. The mermaid becomes here an ironic and poetic way to approach what “being woman” could mean beyond instructions to follow and stereotypes to fill. At the same time, this figure also activates the imaginary related to the sea as a horizon of possibility where to find the other and the self in continuous transformation.